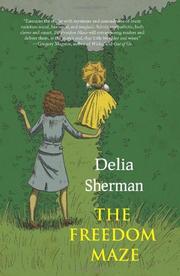 It’s 1960, but on the decayed Fairchild sugar plantation in rural Louisiana, vestiges of a grimmer past remain—the old cottage, overgrown garden maze, relations between white and black races.

Stuck for the summer in the family ancestral home under the thumb of her cranky, imperious grandmother, Sophie, 13, makes a reckless wish that lands her in 1860, enslaved—by her own ancestors. Sophie’s fair skin and marked resemblance to the Fairchilds earn her “easy” employment in the big house and the resentment of her peers, whose loyalty she’ll need to survive. Plantation life for whites and blacks unfolds in compelling, often excruciating detail. A departure from Sherman’s light fantasy Changeling (2006), this is a powerfully unsettling, intertextual take on historical time-travel fantasy, especially Edward Eager’s Time Garden (1958), in which white children help a grateful enslaved family to freedom. Sophie’s problems aren’t that easily resolved: While acknowledging their shared kinship, her white ancestors refuse to see her as equally human. The framing of Sophie’s adventures within 1960 social realities prompts readers to consider what has changed since 1860, what has not—for Sophie and for readers half a century later—and at what cost.

Multilayered, compassionate and thought-provoking, a timely read on the sesquicentennial of America’s Civil War.