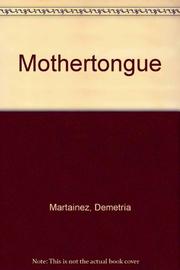 Poetry, politics, and no-holds-barred emotions burst from the tiny binding of a notable first novel by poet and activist Mart°nez (Turning, not reviewed). Striking from the very first line is Mart°nez's ability to combine poetic language and imagery with novelistic structure and suspense: ``His nation chewed him up and spat him out like a pi§¢n shell, and when he emerged from an airplane one late afternoon, I knew I would one day make love with him.'' It's 1982, civil war rages in El Salvador, and Mary, a 19-year-old Mexican-American, is helping smuggle refugees into New Mexico. Mary picks up a man at the airport and brings him back to her mentor's house, where the two hide out and house-sit while Soledad is away for the summer. The refugee picks an alias, JosÇ Luis; she clothes him in Ivy League apparel; and they fall in love—at least, Mary falls deep in dreamy-eyed love with JosÇ Luis, who, though he loves her, is bitterly realistic and somewhat distant. She pushes for asylum- securing marriage; he remains torn between the comforts of the US and his El Salvadoran cause. All this is conveyed by Mary, an avid diarist and storyteller, with contrasting perspectives provided in some essays and poems by Soledad, JosÇ Luis, and, later, JosÇ Luis Jr. The anxiety of a probably doomed love affair is palpably evoked as Mary struggles to ``develop [her] inner resources'' so she won't obsess over JosÇ Luis. Their struggles come to a head on the night of their son's conception—shortly before his father's desertion. Believing it's important to remember everything, Mary unloads all of the family's skeletons onto the printed page so that their son will know the truth. Beautiful writing and astute commentary on identity, love, and El Salvadoran crises, wrapped cozy as a tamale with a maybe- happily-ever-after epilogue.