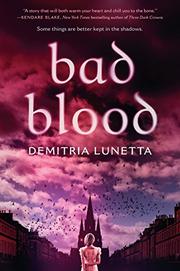 Grappling with self-harm, a white teen confronts connections to a dark and distant past, family secrets, and magic.

Heather MacNair is eagerly compliant in order to win release from in-patient treatment for self-harm so she can visit her father’s family in Scotland as she does every summer and see her Scottish friends. But the treatment hasn’t been successful—she’s still compelled to cut the first chance she gets, and she has vivid nightmares of twin sisters in 1600s Edinburgh. Despite Heather’s mother’s deep reservations, Heather flies off to Scotland—where she discovers her beloved aunt has become sick and her grandmother is losing herself to dementia. The matter-of-fact, daily-life treatment of tragedies and the lively characters (from Heather’s vibrant friends to her good-natured aunt) give the story movement and prevent it from becoming a downer, even as the twins’ story, told in flashback dreams, grows ever darker. In between happy reunions and hiding her cutting, Heather discovers she isn’t the first in the MacNair family to experience the twins—and more. Soon, she’s tempted by a dangerous power she doesn’t know much about. Romantic subplots add unobtrusive texture and contribute to believable characterization. Aside from an Indian friend, most characters are white and Scottish. The setting charms, and the mystery unravels at a good clip.