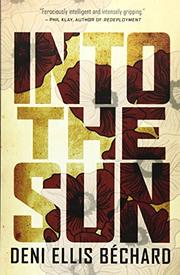 How living in Afghanistan profoundly affected a group of friends.

Canadian-American writer Béchard won the 2007 Commonwealth Writers’ Prize for his quirky and lyrical debut novel, Vandal Love. He draws upon his extensive experience as a foreign correspondent and photojournalist to fashion his second novel, an ambitious and nuanced story about a small group of friends in Kabul in the wake of 9/11. It’s divided into 10 parts covering nearly 40 years. Michiko, a Japanese-American journalist, narrates the sections titled with her name in Japanese characters, while the other sections, told in the third person, focus on three of her friends: Alexandra, a human rights lawyer; Justin, a born-again Christian from Louisiana who teaches English at a local school; and Clay, an ex-soldier and childhood friend of Justin’s who’s a private contractor. In the shadows lurks Idris, an Afghan student of Justin’s. Michiko begins in Kabul in March 2012, describing a Taliban attack on a house where these friends were attending a party. She tells us she's conducted a monthslong investigation revealing they were all nearly killed because of a “love triangle: a convoluted story of pettiness.” Two days later, Alexandra, Justin, and Clay die in a car-bomb attack. Idris was driving; he survived. Both of these incidents had to be “pieces of a larger plan that was still in the works. More people could die.” As the narrative—made up of Michiko’s investigation and the novel she’s writing—goes back and forth in time (1999, 1976, 2006, 1993, 2012) and place (Maine, Louisiana, Quebec, Dubai, Kabul), we learn about motives and betrayals. She fractures the "narrative, shifting the pieces, mixing them, inter-leafing [her] past and theirs.” Béchard does a fine job of describing the experiences and emotions of these friends and their “stories of courage” that “made no sense, only to burn away, to dissolve like smoke beneath the sun.”

Despite an overly convoluted plot, this is an insightful and affecting look into the lives of those who risk everything to help the people of Afghanistan and tell their stories.