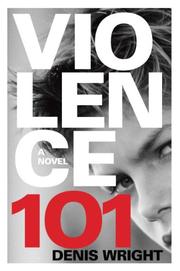 Military geniuses Alexander the Great, Charles Upham and Te Rauparaha are 14-year-old New Zealand inmate Hamish Graham’s idols. Like them, he’s tough and smart, and he doesn’t shy away from danger, terror or death—really, he's more than a little sociopathic. His journey to juvie unfolds in a meandering patchwork of alternating third-person chapters mixed with Hamish’s journal entries, in which he establishes himself as the leader among the inmates. The book’s arresting cover, fast-paced action and provocative theme will score big with reluctant readers, but the disjointed narrative may throw them on occasion. Wright has trouble connecting ideas to action, and the plotting contains several weak moments. Hamish’s many overwritten histories of his idols awkwardly stop and restart the action. The death-defying climax is a case in point: It’s full of excitement but feels tacked on and disconnected from both the plot and the emotional journey of the characters. Still, the author obviously knows his material and audience, and he’s built in lots of potential to thrill even if readers have to flip pages to get to the better parts. (Fiction. 12 & up)