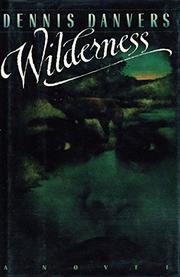 A man and a woman fall for each other, but this is a love story with a difference: the woman happens to be a werewolf. (David Garnett's Lady Into Fox is this first novel's next-of- kin.) Alice White was 13 when she first turned into a wolf, on her family's Virginia farm: ``It was the most joyous event of her young life.'' Since then, every full moon, she has become a wolf, turning human again by dawn. Now Alice is 32, and the playful wolf in the woods is a distant memory. After a grisly episode in which her wolf-self killed a farmhand about to rape her, Alice kept human contact to a minimum. She moved to Richmond, locking herself in the basement at full moons; instead of a boyfriend, she has had a series of one-night stands. Then two things happen: she sees a psychiatrist, and though Dr. Adams does not believe her ``delusions,'' he shows her how she can, through self- hypnosis, summon or banish the wolf at will. Second, Alice and her university adviser, wildlife biologist Erik Summers, fall in love. Making love to Erik, she rediscovers the freedom of the woods; she tells him her story. Fearful and unconvinced, Eric betrays Alice by turning to his manipulative ex-wife Debra; in a jealous fury, Alice forces Debra to witness a woman-to-wolf transformation, then flees to a Canadian wolf sanctuary, pursued by a remorseful Erik. Though Alice might be a National Enquirer item, Danvers's whole idea is to embed her in an ordinary world of messy relationships. Ironically, while he succeeds absolutely with the extraordinary (the images of Alice's transformations are stunningly right), he flounders elsewhere, diluting the intensity of Alice and Erik's love affair through the use of four different viewpoints and gratuitous excursions into the shrink's private life. Still, the novel is just bold and piquant enough to give it a shot at the best-seller lists.