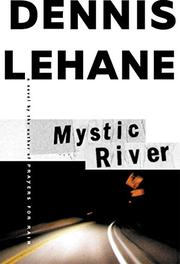 After five adventures for Boston shamus Patrick Kenzie and his off-again lover Angela Gennaro (Prayers for Rain, 1999, etc.), Lehane tries his hand at a crossover novel that’s as dark as any of Patrick’s cases.

Even the 1975 prologue is bleak. Sean Devine and Jimmy Marcus are playing, or fighting, outside Sean’s parents’ house in the Point neighborhood of East Buckingham when a car pulls up, one of the two men inside flashes a badge, and Sean and Jimmy’s friend Dave Boyle gets bundled inside, allegedly to be driven home to his mother for a scolding but actually to get kidnapped. Though Dave escapes after a few days, he never really outlives his ordeal, and 25 years later it’s Jimmy’s turn to join him in hell when his daughter Katie is shot and beaten to death in the wilds of Pen Park, and State Trooper Sean, just returned from suspension, gets assigned to the case. Sean knows that both Dave and Jimmy have been in more than their share of trouble in the past. And he’s got an especially close eye on Jimmy, whose marriage brought him close to the aptly named Savage family and who’s done hard time for robbery. It would be just like Jimmy, Sean knows, to ignore his friend’s official efforts and go after the killer himself. But Sean would be a lot more worried if he knew what Dave’s wife Celeste knows: that hours after catching sight of Katie in the last bar she visited on the night of her death, Dave staggered home covered with somebody else’s blood. Burrowing deep into his three sorry heroes and the hundred ties that bind them unbearably close, Lehane weaves such a spellbinding tale that it’s easy to overlook the ramshackle mystery behind it all.

An undisciplined but powerfully lacerating story, by an author who knows every block of the neighborhood and every hair on his characters’ heads.