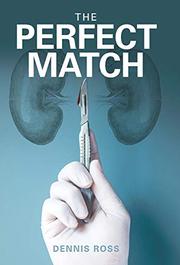 Nineteen-year-old Nick Seratino and his younger sister, Teresa, get in a car accident, but fortunately, they aren’t seriously injured. Nick, however, gets bad news at Deaconess Hospital in Chicago; it turns out he has previously undiagnosed kidney failure. His father, Emilio, who has ties to the mob, is determined to see his son receive a healthy kidney. Emilio’s wealth may help in that regard, particularly after he promises to pay $5 million to Deaconess’ transplant program. But even if that bumps Nick up the transplant list, it doesn’t mean that there will be an available match for him. Emilio isn’t a match, either, and readers know it may be because he’s not Nick’s biological father. But then patients higher up on the list mysteriously die, and doctors suspect homicide. Nick’s older sister, Selena, a graduate chemistry student, fears that her brother is in danger, so she looks into the unexplained deaths. Other investigators zero in on Emilio, a man who’s accustomed to getting exactly what he wants, by whatever means necessary. Author Ross, a kidney specialist, writes in an unadorned but informative style. The doctors in the story, for example, comprehensively explain their procedures in intelligent and remarkable passages. There are also some mysteries aside from the murders, such as the identity of Nick’s father. Several sympathetic characters populate the narrative, from patients in the dialysis unit to a mother who suffers a tragic loss. By contrast, Nick is less appealing; he only gets into Providence University after Emilio’s associate threatens the university president, and, at first, Nick is solely interested in the college’s “fantastic parties.” However, he gradually acknowledges his faults, particularly regarding his treatment of women, including Selena.