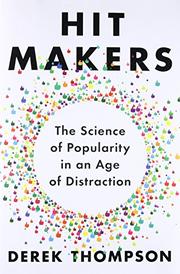 How does a nice idea become an earworm, or a fashion trend, or—shudder—a meme? Atlantic senior editor Thompson ventures a few well-considered answers.

We live in a world of expectations and conventions, though you might not know it. Take, say, a nice chick flick, a winning instance of which will have one or more of three types of women, “doe-eyed lover, harping mothers, and Meryl Streep.” A romantic comedy, observes Thompson, breaks into three acts: two people thrash toward coupledom, come together, and face some challenge that they overcome to go back to coupledom once more. If the woman sleeps with someone else during the period of challenge, then all bets are off; barring that, norms observed, the story will move along to a more or less satisfactory conclusion. Sometimes a true hit arises that does more than ape convention, and here, in discerning how the outliers become mainstream, is where Thompson’s book finds its greatest merit: George Lucas didn’t quite have precedent for Star Wars, but he borrowed enough of the familiar that the films were “fathoms deep with allusions to the most common storytelling themes of the early twentieth century and the many millennia before.” We like our novelty to be familiar but not too familiar. In a nice turn, the author writes, “we are born average and die unique,” and just so, a hit will promise new turf without being wholly strange. And in every industry, the author notes, there are those who wish to become “toadish rejects metamorphosing into princely hits.” There’s not much thesis or hard science here, but there’s plenty of anecdotally rich exploration in the odd corners of the sociology of communication, business history, and psychology, all to entertaining and instructive ends.

Good reading for anyone who aspires to understand the machinery of pop culture—and perhaps even craft a hit of his or her own.