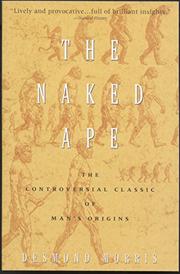 A Zoologist's Study Of The Human Animal

"The forest ape that became a ground ape that became a hunting ape that became a territorial ape has become a cultural ape" but he'd be a happier, more assured animal if he'd acknowledge his evolutionary inheritance. His intense sexual activity is not a decadent outgrowth of civilization but essential to maintaining the pair-bond of a species whose slow-growing (to a bigger brain) infants made long parental demands; he is the sexiest animal in order to raise the smartest children. Similarly, other behavior patterns—environment exploring, fighting, feeding, grooming—are examined in their relation to the reactions of monkeys and apes and for their significant, sometimes curious, adaptations. Some ramifications: a policeman is unlikely to give you a ticket if you are abjectly submissive (being put into a position of immediate dominance disarms his aggressiveness, as it doeskin all animals); most minor ailments, infrequent among the secure, are calls for friendly sympathy and care (substituting for the social grooming of the other primates). There's an implied dialogue with Ardrey and Lorenz here (and a lot of Kinsey specifics) but concerns are more inclusive, the prognosis more optimistic. It has the attraction of the outrageous made reasonable (and readable)—we can't beat our basic biological urges but we can make the best of them. There is every expectation that it will do very well.