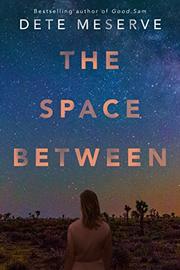 In Meserve’s (Perfectly Good Crime, 2016, etc.) mystery, a scientist looks for her missing husband but may not like what she finds.

Astronomer Dr. Sarah Mayfield returns from her NASA presentation in D.C. only to discover her husband, Ben, isn’t at their LA home. There’s a chance he worked late at his popular restaurant, Aurora, but no one, including the couple’s 14-year-old son, Zack, knows where Ben is. His legal team is immediately concerned; he was set to testify against his allegedly thieving Aurora partners, who may have wanted to keep him quiet. Detective James Dawson, however, has another theory: Sarah is behind Ben’s disappearance, as she stands to inherit his family fortune and collect on a primo life insurance policy. Sarah, meanwhile, realizes someone has intentionally wiped footage from their home security system. Believing Ben is hiding something, she keeps the system’s hard drive from authorities and asks Aaron, a co-worker at the Carnegie Institute of Technology, to recover the data. Evidence slowly trickles in, from the drive as well as the FBI, which soon joins the case. Unfortunately, none of it disputes the implication that absent Ben is guilty of a recent murder. Meserve churns out a stirring mystery that rarely lets up. The three main theories regarding Ben’s fate, for example, all have merit and aren’t easily debunked. These are complicated by the characters. Sarah, who narrates, is withholding a few details from authorities, like her restrained attraction to Aaron. At the same time, others are concealing info from Sarah. Chiseled prose gleefully weaves the protagonist through bombshells (where did that handgun in the drawer come from?) and dangers (an unknown intruder creeping onto the Mayfields’ property). A later plot turn puts readers ahead of Sarah, but watching her untangle the mystery remains gripping until the end.

A labyrinth of plot and character motivations makes for a thoroughly enjoyable novel.