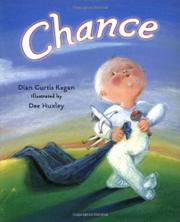 A baby leaves home in search of adventure in Regan’s country-tinged tale. “I was born in the middle of a marigold patch on a farm outside Rosedale,” says the baby, named Chance on account of his timing. But itchy diapers, mushy food, and twice-daily baths aren’t his thing. Rendered in chalk pastels and colored pencils, Huxley’s full-bleed spreads picture Chance as he strides confidently into the foreground, blankie, rattle, and stuffed animal in tow. The earth curves beneath him, suggesting unlimited opportunity. In his travels Chance meets many animals each of whom offers tools for living. A bear, for example, shows him “how to find the ripest blueberries in the purest streams.” Sea lions teach him to “swim and . . . bark in complete sentences.” Huxley’s dark palette gives these encounters a mysterious aura. But her fluid shapes and humorous touches keep the mood playful. The fact that Chance keeps in contact with his family the entire time makes it safe, too. Huxley’s color scheme turns radiant, brimming with peach, yellow, and the freshest green, whenever Chance’s parents are on the scene. An original for independent thinkers. (Picture book. 3-7)