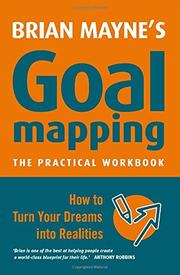 A moody thriller from Arab-American Abu-Jaber (The Language of Baklava, 2005, etc.) that transposes the author’s usual questions of identity onto a young lab tech who believes she was raised by apes.

Life is grim for Lena Dawson, a fingerprint examiner for the Syracuse police. Uncertain about her own origins, or her sanity, the delicately pretty technician has carved out a spare existence for herself since her philandering husband, Charlie, left, and has also lived down the brief flare of fame that followed her uncovering of crucial evidence in the murder of a child. Still, she knows her grasp on reality is tenuous, and she’s content to live now primarily for her work. Her fragile solitude is disrupted when a grieving woman, unconvinced that SIDS was the cause of her baby’s death, seeks her help. Lena’s own acute senses tell her that something is amiss when other babies turn up dead. She’s soon interacting more than she’d like with the desperate mother, her own brittle foster parents and a wounded detective named Keller, who sparks rough jealousy in her ex. Lena’s sanity is challenged when she starts to think she’s being stalked by the killer. But Abu-Jaber transcends formula, weaving the whodunit in prose as evocative as poetry. In winter-gray Syracuse, Lena’s senses are heightened.