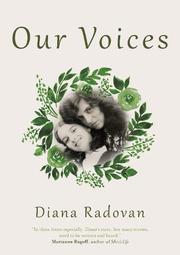 At the time of the Romanian Revolution in 1989, the author was a 7-year-old, red-tie–wearing detachment commander of her elementary school’s Communist youth organization. One day, the photograph of the president that hung in the classroom—before which the young author had led her classmates in the national anthem—had been replaced by a picture of the Virgin Mary, and the reality of their previous existence soon became clear: “I hadn’t known we needed help; that we were poor; that our president was an evil dictator,” writes Radovan. “I thought he was our loving father. I thought we were the richest country in the world.” In this book, Radovan, a writer and educator, shares stories from both sides of the divide—the Romania under Communist rule and the one that came after—drawing not only on her own memories, but on those of her mother, Mia, whose life was split between Communist and post-Communist governance, and her grandfather Iuliu, a political dissident who died shortly after being released from a Communist prison. Using diary entries, poems, photographs, and essays, the author cobbles together a family history out of fragments, effectively reflecting the shattered nature of lives under and after authoritarianism. Radovan’s writing has a lyrical quality throughout, whether it takes the form of poetry or prose, offering readers an incantatory blend of the remembered, the overheard, and the imagined: “I imagine my mother as a child, sitting at a desk, reading the books that I will later discover in our home library, all the books that the censors had failed to ban. I imagine her, my aunt, my grandmother, sitting around the kitchen table, at the dim light of the oil lamp, during electricity cuts.” The variation in structure and voice makes for an engaging read throughout even if the overall narrative sometimes feels ephemeral. It’s an impressionistic work but one that manages to communicate the sting of oppression and loss.

A chimeric remembrance that delves into the legacy of Romania’s troubled past.