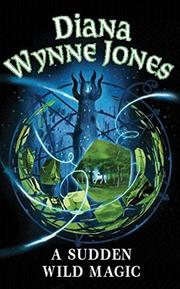 Readers who've looked into Jones's YA fiction (Castle in the Air, etc.) know her easy way of moving between the fantastic and the everyday, her dry sense of humor, and her refusal to be straitjacketed by formula. The same qualities abound in her first adult fantasy. Here, we're introduced to Ring, a benevolent order of witches charged with protecting the world from evil influences. The witches seem perfectly ordinary at first glance: a computer nerd, a dancing instructor, a dotty old woman who lives in a house full of cats. But they have just discovered Arth, a parasitic parallel world whose inhabitants cause crises on Earth and then copy the solutions, magical or technological, for their own purposes. An expedition sent to end the "piracy" is nearly destroyed, though several members survive to carry out the mission as best they can; meanwhile, Arth's spies on Earth are hard at work trying to uncover the Ring's intentions. Eventually, members of both societies discover the links between their lives and combine their efforts to defeat the evil. A rich current of comedy, from the deliciously understated to the outright slapstick, runs throughout. Refreshingly inventive, full of wonderful characters and incidents—and a chuckle on almost every page.