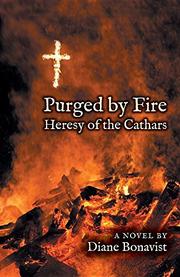 Heresy of the Cathars

A historical novel dramatizing a love story that plays out against the backdrop of the Albigensian Crusade.

Bonavist’s debut work of historical fiction is set in a 13th-century France convulsed in religious conflict. The Catholic Church, in league with the French monarchy, conducted decades of war and crusades against the Languedoc region of southern France in an effort to extirpate the Cathars, the “good Christians” as they call themselves in Bonavist’s fast-moving and utterly beguiling story. The tightly woven exposition familiarizes readers with the complicated state of religious and psychological tension that exists in the south as peaceful Cathars try to go about their daily lives even as persecution at the hands of the Dominican-run Inquisition continues to mount. Three main characters are caught within these tensions: Isarn Benet, a legal advocate for the crown; Marsal, a strong-willed young woman Benet saved from the deadly siege of the city of Béziers; and a woman named Tibors, an elder of the Cathar faith and a healer of great local renown who gave safe harbor to Benet. Having reached young womanhood, Marsal meets Tibors' handsome nephew Chrétien, a wounded soldier who travels to Tibors for healing. Marsal, raised on the poems of courtly love, falls almost instantly in love (“I had looked for the clean-striking arrow of love about which the troubadours sang and I had found it in Chrétien”). The warmth of the portrait Bonavist paints of Tibors and her safe, sane little Cathar enclave makes the eventual horrors of the Inquisition feel more immediate than any history book, and although the character of Chrétien is a bit flat, Marsal is an arresting fictional creation, a hopeful yet unsentimental realist. Bonavist shifts the narrative focal point from chapter to chapter; chapters told from Marsal’s point of view are the sharpest. An absorbing reconstruction of the faith wars of the Middle Ages.