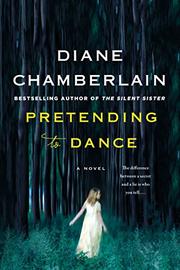 A prospective adoptive mother examines her past and her conscience prior to embarking on her parental journey.

Molly and her husband, Aidan, involuntarily childless attorneys in San Diego, are going through the fraught process of qualifying to adopt. Molly, 38, has a degree of trepidation about how “open” this adoption is expected to be: is the birth mother, Sienna, expecting to be part of her child’s life in perpetuity? Molly’s misgivings are understandable; she herself is the product of a family in which her birth mother, Amalia, lived close by, and she witnessed the discomfort such proximity created for her adoptive mother, Nora. Molly has not told her husband why she's now estranged from both Amalia, who's dying, and Nora—in fact, she's told him almost nothing about her past. The present narrative is interspersed with chapters flashing back 24 years to Morrison Ridge, a large tract of family-owned land in the wooded hills near Asheville, North Carolina: Molly is 14, living with her mother, Nora, and her father, Graham, a psychotherapist who has invented a new behavioral regimen, “Pretend Therapy.” Multiple sclerosis has left Graham paralyzed from the neck down. Molly is a bookish, precocious teen who types Graham’s manuscripts and accompanies him on book tours. However when she falls under the influence of a classmate, Stacy, who introduces her to older boys, the plot takes a major detour through teen-novel territory: Molly’s main preoccupation, enabled by a Judy Blume novel no less, is now losing her virginity. In the meantime, Graham and his relatives are wrangling over the fate of the Ridge: one faction wants to sell to a developer while others, including Molly’s grandmother and Graham, want to keep the land pristine. While the family argues and Molly’s hormones run wild, something else is going on that will make for the explosive revelation at novel’s end. Marred by excessive sentimentality and superfluous exposition that dilutes the drama.