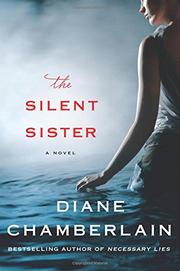 After her father’s sudden death, a daughter discovers disturbing facts about a sister presumed dead more than two decades earlier.

One way or another, Lisa MacPherson, a musical prodigy, has always dominated the lives of her family. By the age of 17, she's a violin virtuoso with a bright future. Unaccountably, on a winter morning, Lisa’s kayak (though not her body) is discovered in the ice-bound Potomac near the family’s Alexandria, Virginia, home. Shortly after the tragedy, the family moves to North Carolina. Lisa’s younger siblings, Danny, 7, and Riley, 2, will be told only that Lisa suffered from depression and committed suicide. Twenty-three years later, Riley, who has become a high school guidance counselor to help depressed teens like Lisa, is settling her father Frank’s affairs after his death from a heart attack. (Her mother had succumbed to cancer years before.) While getting ready to sell his North Carolina real estate—her childhood home and a trailer park—Riley runs across several people who harbor secrets about her family’s past: Danny, a mentally troubled Iraq War vet, nurses grudges against his parents while living as a virtual hermit on the outskirts of the trailer park. Her father’s friend Tom exhibits a threatening mien. Jeannie, another family friend, appears helpful, but what is she hiding? Riley discovers that her father was paying Tom off, but why? Early on, Lisa’s voice, and her version of events, emerges. We learn that she was accused of murdering her violin teacher and was about to stand trial. Her suicide was faked by her father and Tom, both ex-U.S. Marshals skilled at making people disappear. Her father relocated her to San Diego, where, ignoring Frank’s warnings to avoid music, she found new outlets for her extraordinary talent. Although the plot is not exactly watertight, the revelations are parceled out so skillfully that disbelief remains suspended until the satisfying if not entirely plausible close.