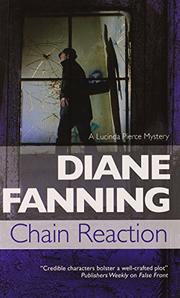 A bomb blast shatters the tranquility of a Sunday morning.

When the bomb explodes, killing a caretaker and an unidentified person, Lt. Lucinda Pierce rushes to the local high school. Although Lucinda lives with FBI agent Jake Lovett, she’s not happy to think that the FBI, the Bureau of Alcohol, Tobacco and Firearms, and Homeland Security will take over her case, especially once she meets ATF Agent Connelly, who is quick to disparage the local police, is extremely rude to everyone and is fixated on Muslim terrorists. Lucinda refuses to be pushed out, especially when the body is identified as that of a high school student whose friend is soon found dead by suicide. She focuses her attention on the red pickup truck that was seen leaving the scene. Several students drive red pickups. So do three teachers. Lucinda investigates them all while Connelly continues to alienate both local law enforcement and Jake, who finds him impossible to work with. Lucinda is also trying to help young Charley Spencer (Wrong Turn, 2013, etc.), whose friend Amber, molested by her mother’s boyfriend, finds that her mother refuses to believe her. When the powers that be realize that Connelly, who’s kidnapped some innocent Sikhs, is suffering from dementia, they take him off the case. But the pressures of the bombing and her fears for Amber still prey on Lucinda, who must put all the evidence together if she’s to uncover a sly killer.

Lucinda isn’t the only one who’ll find herself distracted by all the subplots. But the tale moves along at a brisk pace, and Fanning provides several welcome twists even though she hints at the guilty party early on.