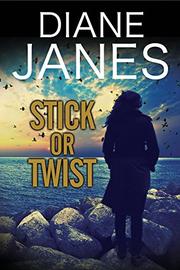 A team of detectives struggles to solve a case with both too few and too many clues.

The abduction and attempted murder of heiress Jude Thackeray is a thorn in DI Graham Ling’s side. There’s a detailed description of the kidnapper from Jude, since she lived with the man for several months before he unexpectedly tied her up, threw her into a closet, beat her, put a noose over her head, and drove her out to a deserted field where she was lucky or clever enough to escape. But no one else seems to have seen the miscreant except for a dog-walking neighbor, who describes him only as looking “angry.” There’s CCTV footage of him from a gas station. But his face isn’t clearly visible. As Ling’s team, including Jerry Wilkins, Joel McPartland, detail-oriented Hannah McMahon, and intuitive Peter Betts, struggles with a huge pile of information that somehow doesn’t add up to much, Jude seems to have moved on. She’s seeing Mark Medlicott, who chucked his well-to-do family’s Yorkshire business to seek his fortune in the South. In spite of her brother Robin’s pleas to be careful, Jude seems inclined to pursue this relationship toward a more committed end. Meanwhile, Peter begins a considerably less committed romance with Hannah. Both couples may end up with something they didn’t bargain for as Janes weaves an intricate web of deceit.

Janes seems to specialize in heroines with significant back stories. But where Swimming in the Shadows (2014) took forever to reach its conclusion, her current tale frontloads the complications and ends with a jolt.