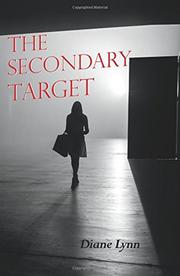 As a divorce attorney recovers from a brutal attack, an investigation reveals further complications in this romantic mystery/thriller.

Beth Scott, 31, is an up-and-coming divorce attorney in a prestigious New York City law firm. A Yale graduate who loves shopping and fashion, she works long hours to afford her brand-name lifestyle. Although she hasn’t got much time for relationships (she’s on a break with Michael Hudson, a fellow attorney who adores her), everything is going right—until she is stabbed and beaten in her own apartment. She wakes with no memory of the incident at first, but gains a new friend in her handsome doctor, Brandon Burton; after her release from the hospital, he drops by to give her personal checkups. The detectives investigating her attack follow several avenues, such as angry husbands of Beth’s divorce clients, or perhaps Victoria David, Beth’s friend who arrived awfully soon after the attack. Michael takes such loving care of Beth as she recovers that she reconsiders their break, and the romance rekindles: “There was no way she could let this amazing, empathetic man slip through her fingers.” Meanwhile, detectives uncover clues suggesting that Beth’s attack was a warning—a suspicion that’s confirmed by a mob hit on someone close to her that upends her newly won equilibrium. As the probe continues, Beth’s romantic life takes another turn, but there is still a shocking revelation to come. In her debut novel, Lynn draws on her experience as an emergency room and surgical nurse for descriptions of Beth’s treatment and recovery, which ring true. She also handles the mystery itself fairly well, with realistically dogged police work and mostly plausible red herrings. But Lynn’s characterizations make a simple-minded equivalence between appearance and worth: for example, Burton’s “compassion and concern” seem directly related to his being “strikingly handsome.” Victoria is suspected of romantic, possibly lesbian desperation because she’s “overweight, her hair unstyled,” and her features plain. Lynn also bogs down the book’s pace with much unnecessary detail, such as every word of minor phone conversations.

Some tenacious police work, but the characterizations remain stale.