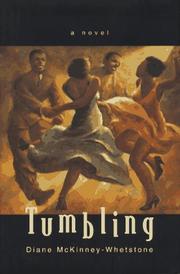 A bouncy, moody, musical—if improbable—debut by an author who, like a good blues singer, is strong on style and interpretation even while covering familiar material. Echoes of Toni Morrison's Sula and Jazz pervade—without overwhelming—the story here, though to her credit McKinney- Whetstone's setting (Philadelphia in the 1940s and '50s) is an entirely original landscape in African-American fiction. The pavements and brownstones rattle and hum with the sounds, textures, and spirit of South Philly's black middle- and working-class residents. This is a novel crowded with characters, the most prominent and memorable being Noon, the book's wounded matriarch, a holy roller with a dark past, and her trying, wayward husband Herbie. He is jazz to her gospel, but the score of the couple's marriage changes abruptly when two girls, first an infant, then a five-year-old, are abandoned on their doorstep. The twin discoveries of the children's identities constitute dramatic, though incredible, subplots. More compelling are the girls' eventual love for each other, the chronicle of their adolescent growing pains, and a heated romantic rivalry over a slick developer. The contest for this man's affection unfolds against the specter of a proposed freeway being run through the neighborhood. The threatened displacement of family and friends also rends the girls' relationship. The two are eventually reconciled by the efforts of the novel's most sharp-edged figure, the blues singer Ethel, a hellion entangled with each of the main characters. McKinney-Whetstone convincingly presents the community's fight for self-determination as the outward manifestation of the psychic struggle of African-Americans during a period of tremendous social and cultural turmoil. A gifted prose writer with a tremendous sense of place, McKinney-Whetstone shows the potential here to move up the ranks of novelists currently exploring the African-American experience. (Author tour)