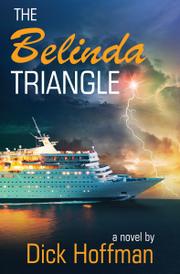 A debut dystopian thriller explores a future ravaged by war and economic catastrophe.

Doyle Ramsey Beckett is laid off from his job as a history professor and anxious about his monetary prospects given the mountain of student debt he still carries. His wife, Geneva, is a medical doctor, but that doesn’t seem to mean much in a future America saddled with debt, hyperinflation, and chronic unemployment. Geneva reveals to Beckett that she’s pregnant—bittersweet news since they want a child, but this also creates a new layer of fiscal urgency. New legislation stipulates that a child can be seized by the government if the parents dip below a certain threshold of financial viability. Beckett decides to enlist to work on a controversial cruise line run by the government that promises to compensate him with reductions in his debt. But he is misled into believing the cruise he’s signed up for is a weeklong rehearsal for a job; it turns out to be the real deal—an 11-week trip. While onboard, he makes the acquaintance of a woman—Belinda Creighton—who was clearly duped into believing she was entering a rehab program, but the cruise certainly provides nothing of the sort. The entire plot moves slowly toward the revelation regarding the dark purpose of the voyage. Hoffman adroitly paints a bleak picture of a country shattered by internal discord; something akin to a civil war tears the nation apart in the year 2029. The result is a combination of martial law, Orwellian governmental control, and dire financial straits. The author doesn’t provide many specific details about the nature of the political tumult’s causes, but that only heightens the atmospheric ominousness. There are other subplots as well: a militia violently attacks Geneva’s housing complex, and a couple on the cruise grapple with terminal illness. But these are digressive distractions. Hoffman’s narrative ingenuity is impressive, and he exercises notable restraint in dispensing information to the reader. But a thriller should simply be more thrilling, and the cloud of mystery that hangs over the mission of the cruise remains more frustrating than suspenseful.

An ambitious tale about a mysterious cruise ploddingly told.