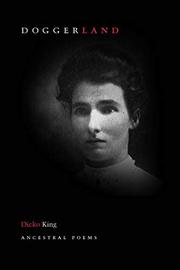 King muses on physical and ancestral connections in his debut collection of poems.

The book’s title refers to a now-submerged landmass that connected Great Britain to Northern Europe until about 6500 B.C. King uses this “verdant tundra hunted and fished by ancient peoples” as a metaphor for the unseen bridge that connects each person to his or her hereditary past. For King, this leads to the West of Ireland, where one of his forbears was the newspaperman and storyteller James Berry. With echoes of his ancestor, as well as midcareer Seamus Heaney, King explores family and folk history side by side, all the way back to bog bodies, Neanderthal skeletons, and primordial fish. Showcasing an obsession for color and texture, plants and landscapes, he teases at the unknowable nature of the deep past in his mostly short poems, which often bear deceptively simple titles. In “Gods,” he writes, “Much in those first few / hundred thousand years was slowly new.” He contrasts the gradual, painstaking evolution of nearly every object and place with the evanescent nature of individual understanding; for his narrators, this is a cause of much muted sorrow and bemused joy. Overall, the poems are as worn and wondrous as the ocean floor where Doggerland now rests. King is equally adept at brilliant phonetic stanzas and concentrated verse essays. In “Uncles,” for example, the semantic meaning barely registers above the rhythm: “Augustinians, schooled / in Salamanca, smuggled / to the strand at Inisfail, / their father’s lugger / under half-sail, two / great prow lug sails / finding the wind.” In “Unsettled,” he delivers an entire ethnography in 10 lines: “Imagining ourselves / done with migration, we / imagined ourselves / done, not loosed. // We did not flow or go easy / We made such enemies / in our heads it pleased us / to name them // and give their antitheses / the names of gods.” King is a Boston native, but his collection is a must-read for devotees of the last half-century of Irish verse. The poems have few easy endings and rarely a dull line; they terminate where they need to, but the collection itself concludes far too soon.

A tremendous volume of poems that will illuminate and linger.