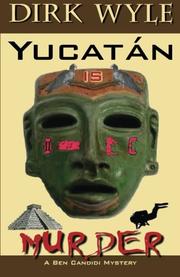 Curious about the flight patterns of circling vultures, Ben talks Rebecca, his physician fiancee, into taking a quick detour on the way to the next Mayan village in the Yucatán where she was going to do research. In a clearing, they find a body unnaturally splayed on the rocks. Rebecca alertly observes that the victim’s heart is missing, and both she and Ben wonder whether the murder might involve some sort of ritual. They notice a series of handwritten hieroglyphs on the body, which they helpfully point out to the investigating officers. Ben knows better than to trust the police to do what he, a trained pharmacologist, is well-equipped to do, so he resolves to launch a full-on murder investigation. He learns that the victim is B’alam Chuc, born of a Mayan family, who’s a student at the local university. Ben speaks with the family through B’alam’s younger brother, Ichik, who’s equally invested in understanding the crime. As he conscientiously provides many ecological and historical details in his first-person narration, Ben investigates possible motives and peppers the tale with thankfully vague innuendo about his relationship with Rebecca. Each theory Ben considers is interesting and plausible, making the big reveal a little less big and revealing. You can be sure a protagonist like Ben would never cross the line into actual danger.

Your nerdy uncle gets creepy, transforming his vacation travelogue into Raiders of the Lost Ark meets Eyes Wide Shut. Worth reading only if that uncle is your hero.