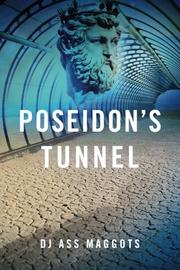 Looking for a pungent stew with mysterious chunks of hip-hop culture, bizarre fantasia and yuppie angst? You’ll find it in this lurid mashup of experimental fiction and verse.

Maggots (Quickies, 2013) is the pseudonym of a physician with a yen for gangsta posturing and a deep bottom drawer that he has emptied out into this disjointed collection of brief feuilletons. To wit: a bro hanging with his “Filipina gangbangin’ bitches”; rap lyrics translated into nerd-speak (“Surely my criminal record involves more egregious felonies with an overall longer time of incarceration”); naturalistic short stories about alienation and sexual debauchery at a Caribbean medical school; and an enigmatic yarn that begins: “This is Hander Snatchrocket reporting from Seattle, Washington, USA, Milky Way Galaxy, Sector 17-3, Vortex Q7…where I’m reporting live undead.” Readers can also follow a rant about bad drivers in minivans; poems that veer from modernist word art (“But what a, what a but a, / Nut some butter and a tub of watta”) to postmodernist word art (“Hello? Dissociation? Dissociation? Dissociation? Dis-association”); reams of one-liners from a Facebook page; and a piece called “Vampirism and Necrophilia” that quite unnecessarily elaborates on the title. What holds this riotous tome together is its point of view—that of a smart, disaffected young man, ensconced in the well-heeled professional class yet yearning for the nihilism of the streets. Thus, readers get fantasies of tearing down the highway shooting at cops; Darwinian meditations on the theme of “Your Life Has no Meaning”; hymns to drugs (“Life wit_out _eroin— / Is t_at really life at all?”); and dirges to marriage (“To settle down is to give up and die”). Less convincingly, the book’s affirmative epiphany comes during an uncharacteristically mawkish sojourn at Burning Man, where the narrator discovers “caring, concerned, fun, intelligent, unbiased men and women” embedded in “an enlightened, socially and environmentally conscious international community.” Maggots has an arresting authorial voice, plenty of imagination, loads of verbal talent and wiseass verve—something like William S. Burroughs had he been an Iranian-American medical student straight outta Compton—but he’s also a fantastically undisciplined writer. Here’s hoping he yokes his literary brio to something more sustained and deeply thought through.

An energetic yawp of entertaining wordplay and outlaw attitude.