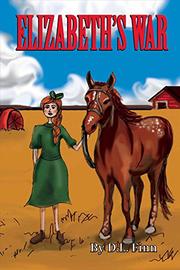 A slim but charming debut tale about life on the homefront during World War I, as seen through the eyes of an 11-year-old Midwestern farm girl.

In the spring of 1917, two weeks after America entered the war, young Elizabeth MacNeil’s life is about to become a lot more challenging. The youngest of four children, “Libby” has been coddled and protected both by her parents and by her siblings. Through the first-person narrative, readers share Libby’s fears and lack of confidence as she transforms from being a young girl fantasizing about new dresses to assuming responsibilities that make her a strong, pivotal member of her family. One by one, the people upon whom she has depended disappear or falter. Her father and oldest brother go off to war, her sister Pearl withdraws into depression, and her mother is increasingly exhausted by an unanticipated pregnancy. Gradually, Libby masters the skills she has mostly avoided: cooking, knitting (for the troops), and taking care of Sarah and brother Paul when they contract chicken pox. But Finn captures more than Elizabeth’s story. The novel also recalls the experiences of living with rationings, the introduction of light airplanes to the war machine, and the controversy over the suffragette movement. Libby is a delightful protagonist, alternating between wishing she could be of more help and resenting the intrusion upon her formerly rather carefree life. She’s a normal 11-year-old who rises to some extraordinary demands. The plot is compressed into a short period of only nine or 10 months, making the confluence of events feel a bit unrealistic. Still, the war functions primarily as a backdrop, and Finn nicely evokes the sentiment of how it was being waged back home. Literate and fluid writing speeds readers through to a tense conclusion.

The view is a bit rose-tinted, but a pleasant diversion nonetheless.