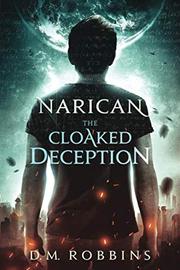 SF and spiritual philosophy converge in this first installment of Robbins’ (The Reluctant Human, 2012) series.

On his 18th birthday, Reuben Mitchell awakens from a recurring nightmare and can’t shake the feeling that something from an “unseen world” is “trying to break through” into this one. All his life, he’s been haunted by bad luck, culminating in a car crash that killed both his parents. Desperate to make sense of this trauma while navigating adult life in Big City, Reuben observes acts of casual cruelty and comes to the conclusion that the world, and he, are “ripping in two.” He soon starts to see otherworldly presences, including demons, in his daily life, which most other people can’t see. However, an accountant named Tanz rescues him from one of these demons, and it turns out that Reuben’s savior is a former guardian of the planet Narican. Reuben discovers that his own nightmares are actually clues to his past, revealing his true identity as one of the few survivors of Narican’s Sun Clan. Tanz trains Reuben to help him combat the dark forces that threaten to destroy Earth, just as they did Narican long ago. Robbins will keep readers’ attention with unrelenting action and the engaging drollery of Reuben’s narration. This first series installment establishes a breakneck pace that will hopefully continue in the next book. However, just as Reuben has difficulty distinguishing between two dueling realities, readers may find it hard to parse the relationship between Reuben’s world and ours. Familiar brand names, such as Toyota and Pac-Man, and locations such as the Alps and the Atlantic Ocean, don’t mesh well with the clearly fictional names, such as Big City. However, the story moves too fast for readers to worry too much about minor inconsistencies.