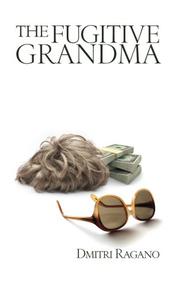 Armed with fortitude and a .357 Magnum, a California grandmother and her young grandson go up against a crooked corporation and big pharma in Ragano’s thriller.

Seventy-something retiree Stella Valentine is recovering from cancer. She’s now healthy thanks to her participation in a trial for Helixin, a new drug. But her troubles begin when Great American Superstore takes over Stella’s former employer, Caruso’s Supermarket. After the corporation cancels her pension plan, she can no longer afford the Helixin treatment. Neither Great American reps nor her doctor, Dr. Whittier, will help her, and Stella’s son, Frank, only makes things worse. He owes thuggish millionaire Lester Cummings after a failed real estate venture. To satisfy Lester’s demand for “escrow,” Frank puts his mother in Shady Palms, a Lester-owned retirement home. To escape, Stella gets assistance from her 11-year-old grandson (and Frank’s son), Johnny. The familial duo takes a stand against Shady Palms’ fixed bingo games before going after the free Helixin samples Dr. Whittier is stockpiling. They soon realize, however, they can help others by providing prescription drugs, which will require boosting the drugs from Great American delivery trucks. All of this, of course, incites menacing individuals, but Stella and Johnny pair their tenacity with Stella’s personal revolver. Notwithstanding the playful title, Ragano (The Voting Machine, 2012, etc.) generally takes the story seriously. Stella and Johnny, for example, are constantly under threat by men willing to harm them or worse. Nevertheless, the author wisely tones down the violence, as Stella never fires a gun with intent to kill. Dialogue is likewise relatively tame, as Stella, despite her “teeth clenched with rage,” drops a “Doggone it” in lieu of something harsher. Detective Rebecca Little is a laudable supporting character, sympathetic to the Valentines but also a reminder that they’re lawbreakers. At the same time, a transparent but still convincing anti-capitalism theme makes the villains apparent; prosperous Whittier’s racquetball tournament unquestionably takes precedence over Stella, his patient.

An absorbing and suspenseful story of intergenerational family ties.