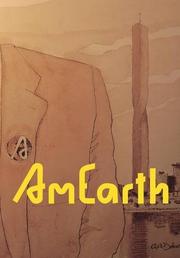 In Dober’s (Ultimatus, a Gaming Corporation, 2014) novel, threats of alien attack from deep space unite humanity under a high-tech, American-led one-world government—but what if the hostile aliens are, in fact, a hoax?

In the year 2045, the planet is under siege, according to authorities. Aliens from distant Kepler 3763 contacted Earth via radio transmissions in the 1980s, but a paranoid President Ronald Reagan reacted with a barrage of long-range missiles. Because of the nearly 24-light-year distance, the 21st-century world can expect long-delayed deadly retaliation. Thus the nations of the world are persuaded to combine and cooperate under the U.S.–led “AmEarth” umbrella, sharing in the construction of a giant “honeycomb” shield above the stratosphere while putting aside old enmities. Only holdouts Bolivia and New Zealand challenge the new world order, denouncing it as imperialistic propaganda. One AmEarth citizen listening to the skeptics is Scott Johansen, the teenage son of well-liked politician Peter Johansen. Peter starts to share Scott’s doubts when AmEarth’s first president, Neil Chen Tyson, taps him as his successor in a rigged election and explains to him that AmEarth is secretly run by a superintelligent artificial intelligence of terrestrial origin. Dober isn’t the first author to imagine a sham alien-invasion scare as a self-serving con—there was a similar payoff in Alan Moore’s 1987 graphic novel Watchmen (which referenced a 1963 episode of The Outer Limits). But he thinks through the details well and tells his yarn in a measured voice that will appeal to adult sci-fi newcomers and YA genre fans who want to read about dystopias in which upholding the status quo is a defensible idea. Readers expecting chases and action-packed battles, though, may have their hopes deflated by the staff discussions, committee votes, and dinner-table dialogue. That said, Dober nicely presents the philosophical problem of a functioning, utopian-level society built on a lie. Characterizations tend to be lean, but there are cute cameos by Donald Trump, Sasha Obama, and New Zealander filmmaker Peter Jackson. The open ending points inevitably to a sequel.