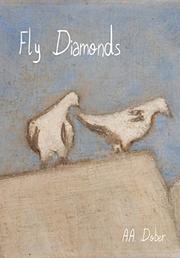 After his father’s death, Juan Luis Merlo lives in San Diego, where he works as a waiter at The Savory Yolk and sends most of his money to his mother in Tijuana, Mexico. Juan blames his family’s misfortune on Tickell Insurance Products Corporation (TIPCO), which fought his father in court for years over a settlement after a fire destroyed his toy factory and his family’s future. After TIPCO delivered a token payment, Juan’s father died. TIPCO then ruled Juan’s father’s accidental death a suicide and refused to pay any life insurance benefits. Juan has spent years concocting the perfect crime to avenge his father, and the plan involves robbing diamonds from TIPCO client Quayles Jewels, using 35 trained carrier pigeons fitted with tiny pouches. On the appointed day, Juan’s plan works flawlessly—except that one of the birds doesn’t make it out of the store. The police then attach a GPS tracker to the pigeon and set it free. This heist tale’s plot moves briskly and is full of surprises. However, it’s marred by poor execution. The dialogue is often improbable; for example, as cops head to the crime scene, one of them says, “Come on, Ivory, somebody could be in danger!” There’s also a lot of telling and not much showing: “He then became extremely guarded and made sure his mom wasn’t in on his plans.” Some word choices are inexplicable (“Cliff swirled past slow cars”) and the Spanish dialogue is accompanied by a complete English translation, rendering it irrelevant. Overall, Dober’s characters are one-dimensional with the single exception of Juan, who has a realistic back story and motivation.

A crime caper with an original idea that falls short on nearly every other level.