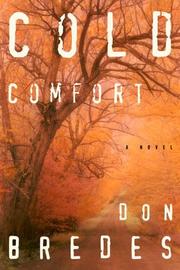 It’s the fall foliage season, but Tipton village is hardly scenic for recently returned native son Hector Bellevance. Harvard grad Bellevance was a Boston police officer but quit after a shot he fired went wild and killed his partner; then he worked in a Cape Cod restaurant until his marriage to the owner ended in divorce. Now, living in the farmhouse he was raised in, Bellevance enforces building codes and chases down wild dogs as Tipton’s only constable. Things get considerably more exciting when his philandering, ne’er-do-well half-brother, Preston “Spud” LaClaire, informs him that French-Canadian Otto Morganthau and his beautiful Lebanese wife, Gaea, have been horribly murdered in their vacation home. Bellevance quickly learns that Spud did more than merely blunder onto the reeking, week-old crime scene; he knew about the killing three days earlier and, worse yet, may have been sleeping with Gaea. While Bellevance has only jaundiced eyes for Spud, he knows his half-brother is no murderer and tries to keep pushy State Trooper Ed Evans from forcing an early confession. Bellevance’s search for a murderer and a motive throws him into bed with conveniently divorced journalist Wilma Strong-Parkhurst. Together they uncover a variety of vermin related by blood, lust, or greed: a pornographer who makes sex films in a former girl’s camp, a crazed militia leader, sleazy land speculators, corrupt cops, smugglers, and meddlesome French-Canadians.

Prose as crisp as a New England morning—in a by-the-numbers tour of Vermont’s dark side that fades against so much vivid local color.