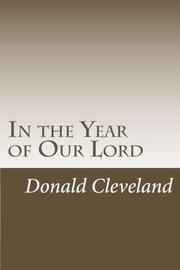 In The Year Of Our Lord

A debut satirical novel focuses on a young preacher and the world’s temptations.

With his 12-year-old pickup and his job at a grocery store, Sylvester “Sly” Smith may not seem destined for greatness. Many believers, however, are likely to disagree. Having started a successful prayer chain on the Internet to bring down the price of gasoline, Sly has managed to gain a following as a preacher. He may not be ordained, but he draws an impressive crowd to a sermon at the University of Texas at Austin. Attracting “students, middle-class couples, kids, whites, African Americans, Asians, Hispanics, along with the unwashed and unprofiled,” the diverse gathering shows that Sly clearly has a gift for spreading the Lord’s message. The question, though, is how will he be able to continue his work considering the large amount of money that’s required. The event at the University of Texas cost some $9,000, the reader learns, and to someone like Sly that “might as well be nine billion.” Enter Michael “Ponzi” McGee. A dubious investment professional if there ever was one, Ponzi offers to manage the finances for Sly’s operation. Desperate for cash, Sly sees no alternative but to accept Ponzi’s services. What could possibly go wrong with trusting financial matters to such a man? Obviously something has to, and it is just this sort of on-the-nose sentiment that may frustrate some readers. From the obese woman in an investment club who is constantly eating (she even manages to consume an “industrial-size bag of microwaved popcorn” during a meeting) to the aptly named Reverend Holyworth (a man with a strong distaste for Sly the “acne-laced bumpkin”), aspects of the story tend to lean toward the expected. The narrative does eventually venture to strange places, but the reader is most likely to be hooked by Sly himself. It is not difficult to root for such a protagonist. Though he is foolish enough to trust someone whose nickname is taken from a well-known scam, he does so with noble intentions. At less than 300 pages, the tale of Sly’s troubles moves quickly, and while it is clear from the outset what they will likely entail, finding out how they dissipate remains surprising.

Blunt though quick-paced, this book sends a likable hero through an oddball tunnel of religion and money.