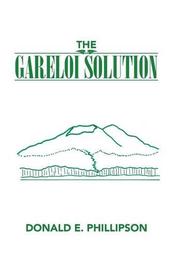 In this debut novel, research teams in the United States and France foresee catastrophic food shortages, traceable to climate change, and try a radical solution.

In 2032, U.S. President James Clark (no party affiliation given) orders a study on how the exhaustion of petroleum supplies could affect American crops and livestock, possibly triggering a food shortage crisis. It turns out the looming calamity is real but the cause is different. French researchers on a parallel path find that melting polar glaciers are flushing huge quantities of fresh water into the sea, playing havoc with the balmy Gulf Stream climate on which their nation’s farmers rely. It throws into sharp focus a trend of escalating temperatures that even in small increments upset nature’s delicate balance, creating storms, droughts, and deep freezes, with poor harvests and empty larders a result. While the author criticizes “non-scientist” skeptics who belittle the evidence for climate change because of its subtlety and intricacy, there are no villains (not even Fox News) to call out. Instead, a coalition of military personnel and scientists, like the vaguely Al Gore-esque Dr. Paul Anderson, undertakes “Operation Vulcan,” a groundbreaking— literally—act of terraforming. Many indeed are the novels that have tried to wring drama, death, and disaster out of climate change/global warming scenarios (anyone ever research the carbon footprint generated by printing and distributing all of them?). They are almost always apocalyptic action tales. Instead of going the Mad Max/Hunger Games route, Phillipson takes a far less sensational scientific approach, downloading reams of climatology material via fictional characters as mouthpieces or advocates. The ambitious book is well-researched and offers plenty of rich, sobering details about climate change; there are more than 70 pages of notes, appendices, and an index. But with textbook-ish prose, the work seems more like a throwback to the Victorian brand of sci-fi that was akin to thought experiments speculating on new technologies or social evolutions rather than an inventive story that provides page-turning thrills. The closing note is cautionary instead of optimistic.