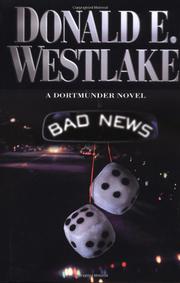 When's the last time you read a book that made you laugh on every page? If there's a more wryly convoluted mind out there than Westlake's, it has yet to show itself, and it does make the five-year wait between John Dortmunder's lunatic capers (What's the Worst That Could Happen?, 1996, etc.) seem excruciatingly long. When a little solo heist for a measly thousand bucks' worth of cameras goes belly up, Dortmunder, just trying to make ends meet, joins Andy Kelp in switching coffins in the dead of night in a Queens cemetery for reasons Fitzroy Guilderpost and his co-conspirators Irwin Gabel and Little Feather Redcorn decline to elaborate on—until Dortmunder confiscates their guns and genially insists. The scam? To prove via DNA typing that Vegas showgirl Little Feather is the last surviving member of the Pottaknobbee tribe, hence entitled to a third of the proceeds of the Silver Chasm Gambling Casino, jointly run by the Oshkawas and the Kiotas. The two casino managers, blithely engaged in skimming millions from their fellow tribe members, dislike this idea so heartily that they counter it with a second grave robbery that's foiled by a tombstone switch engineered by Dortmunder but complicated by 24/7 cemetery surveillance, necessitating still another robbery, this one at a historic mansion on the Delaware Water Gap—which leads in turn to wildly funny court proceedings, a pair of nifty double-crosses, and, as in any felony involving Dortmunder, utter chaos, culminating in financial debacle for all.

Hilarious. The best workout your sense of humor will get this millennium.