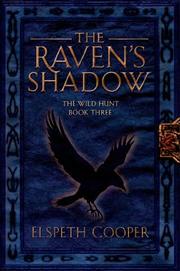 The follow-up to Trinity Rising (2013) is the third and largest entry in what has expanded from a fantasy trilogy into a series.

In the north, Speaker Ytha has united the Nimrothi nomad clans under the surly and stupid but biddable Drwyn; their ambition is to overthrow the Empire that defeated them 1,000 years ago. Ytha, using the combined power of her witch thralls, intends to release the imprisoned death goddess, Maegern, and her Wild Hunt; two Hounds are already free. All she needs to complete the process is the magic jewel known as the starseed. (The stumbling block with this and other doomsday scenarios: What happens once the evil guys slaughter everyone? Do they just sit around waving their swords in triumph?) Teia, having escaped Drwyn’s brutal attentions and now pregnant by him, flees south, hoping to warn the slumbering Empire—and will use her own magic powers to defy Ytha. Gair returns from searching the deserts of Gimrael for the starseed, still grieving over Alderan’s tragic death. Worse, he fears he’s lost control of his magic Song when everything he achieves with it has unintended malignant consequences. He meets up with an old comrade, the healer Tanith, a sort-of elf and future queen of Astolar; Tanith’s unwanted and unpleasant companion, Ailric, who demonstrates his utter contempt for humans, holds the unshakable conviction that Tanith is his to command and unsuccessfully tries to hide a streak of megalomania. The malevolent renegade Guardian, Savin, taunts Gair but otherwise doesn’t figure. This installment ramps up the tension, with plenty of gory action, Cooper’s usual high level of characterization, and controlled plotting that, while showing few original touches, rolls solidly along.

An excellent addition to this superior epic.

SONGS OF THE EARTH
by Elspeth Cooper