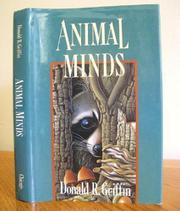 In his latest elaboration on the theme of animal thought and consciousness, Griffin (an associate of Harvard's Museum of Comparative Zoology) is intent on laying to rest the ghosts of behaviorism. Griffin sees the vehement denials of consciousness to any but human animals on the part of contemporary ethologists and cognitive psychologists as the lingering heritage of reductionist thinking in psychology. In order to put psychology on a sound scientific basis, the behaviorists argued, all speculation on what went on inside the black box in the head had to be banned. As in his Animal Thinking (1984), here Griffin elaborates many examples to suggest that a lot does go on even in the ``minds'' of bees and ants. So, rather than prove that animal awareness and self-awareness exist, he cites numerous examples of what might be considered surrogates of consciousness—plans, deceptions, communications, tool uses, etc. The result is a wonderful catalogue of animal behaviors. Some are familiar: chimps fashioning sticks to poke termites from nests; otters using stones to break open shells. Others are less familiar: bees changing their dance in light of a sister bee's signals of an even better source of food; a vervet monkey giving the cry that signifies ``leopard'' to rout the competition from disputed turf. Since there's so little understanding about the neural substrate of human consciousness, it's unlikely that arguments from animal observations will convince die-hard reductionists. Instead, Griffin, whose observations of echolation in bats have earned him high honors in animal science, can be credited with opening a path that invites others to blaze new trails in the quest for consciousness in all animals, human and otherwise.