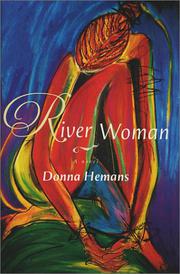 A remarkably assured and insightful debut offers a finely tuned, sympathetic portrait of a teenaged mother whose toddler drowns accidentally in the river where she’s washing clothes.

The drowning of young Timothy is over in a flash, or so it seems to Kelithe when his body is brought to her by the other women of the river. Then the rumors start that Kelithe watched her son as he went under, seeing it as the way to escape from rural, impoverished Standfast to New York, where her mother went when Kelithe was five, promising “soon-soon” to send for her. By the time Sonya, who hasn’t been back to Standfast for 15 years, arrives for the funeral, the whole village has turned against her daughter, enraged by the fact that the police didn’t even investigate the accident. Though Sonya has been sending Kelithe food and clothes over the years, she finds her daughter a stranger and doesn’t know who to believe. Kelithe, hopeful at first that Sonya will make good on the recently renewed promise to take her back to America, waits in silence and in vain for her mother to ask for her side of the story and to comfort her numbing grief. Meanwhile, Sonya’s own mother, who has raised Kelithe in Standfast and knows her innocent heart, watches bitterly as Sonya accepts the gossip and turns from them. Emboldened villagers intensify their campaign for justice: they build smoky roadblocks, burn the only bridge they have across the river, and finally get the attention they crave—but at a terrible price. By the time little Timothy is finally buried, a great deal more than one small life is interred.

Flawlessly interweaving personal and social tragedy with the imagery of interior and exterior spaces. Jamaica-born Hemans’s rare and distinctive debut is not only a tale for our time, but one for all time.