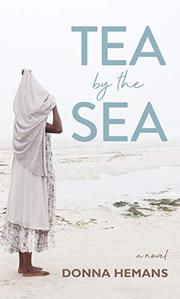 TEA BY THE SEA

A young mother goes on a quest to track down the father of her child, who abducted their baby daughter shortly after her birth.

When Plum Valentine is in high school in Brooklyn, her immigrant parents plan a seemingly routine visit to their native Jamaica. Once there, however, the parents insist that Plum stay behind, leaving her at a strict boarding school to keep her from getting into trouble. As it turns out, trouble manages to find the pretty 17-year-old anyway. After Lenworth, a 25-year-old chemistry lab assistant, tutors Plum, the two end up having an illicit relationship. As the novel opens, Plum is in the hospital, recovering from having given birth to their daughter, when she discovers that Lenworth has abducted the baby. Plum realizes she has been abandoned yet again. But that pain pales in comparison to the yawning emptiness she experiences at the loss of her child. Traveling back to Brooklyn, Plum tries to set her life back on a path to normalcy. Determined to find her daughter, however, she sets off repeatedly, over the course of more than a decade, to track her ex-lover and their little girl. Hemans delivers a cat-and-mouse chase that brings Plum back to Jamaica over and over again even as she leads a parallel life in the United States. The taut storyline sacrifices character development with the net result that both Plum and Lenworth come across as caricatures, their motivations and desires one-dimensional and murky till the end. Lenworth’s sudden embrace of spirituality as he realizes his profound error of judgment also feels forced. By concentrating mostly on the minutiae of the chase, the narrative misses mining the deeper emotional range it could have achieved had it addressed Plum’s grief with more nuance.

A tightly knit story about a mother’s loss that too often veers into melodrama.