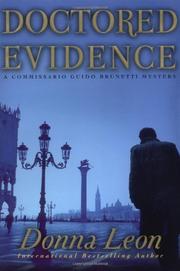 Everyone joined in disliking the victim in Commissario Guido Brunetti’s latest case—but who hated her enough to kill her?

If Maria Grazia Battestini, 83, had lived for the ten years the doctor claims her body might well have lasted, it would have been a miserable decade for Florinda Ghiorghiu, the latest in a long line of long-suffering domestic servants, and her neighbor Assunta Gismondi, the graphic designer who regularly phoned the Questura at 4:00 a.m. to complain about the television blaring across the canal. When the old woman is beaten to death, overzealous officers pursue her live-in helper to the Romanian border, where she’s killed as she flees from them, and then act indifferent (some wonderfully characteristic work here from Brunetti’s despicable underling, Lt. Scarpa) when Signorina Gismondi returns from a trip to London to offer the servant an alibi. Brunetti, realizing that nobody else has any stake in reopening the investigation, patiently sifts through possible motives, from blackmail to illegal construction contracts to the AIDS that killed Signora Battestini’s son five years ago. It’s even clearer than in Brunetti’s earlier cases (Uniform Justice, 2003, etc.), however, that his colleagues, variously lazy, stupid, and malignant, are more dangerous enemies than the inoffensive suspects could ever be.

Following Brunetti on the case is like watching drops of water wear away stone, though it’s clear there’s no hope for the more general petrifaction of Venice that Leon masterfully tracks.