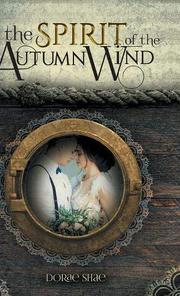 THE SPIRIT OF THE AUTUMN WIND

A friendship is tested when a chance encounter results in death and an unexpected conspiracy in Shae’s (Restless Secrets, 2017) thriller.

Regan Quinn and Nikolas “Niko” Mararious have been close ever since they were kids. They grew up together in a Greek orphanage, so they have a unique bond that’s helped them through the worst of times. Both are accomplished sailors, but after years of grueling work, they’re ready for a change. When Regan comes to Niko with some exciting news, it seems like things are looking up: A lucky bargain allowed Regan to buy an old marina and restaurant in Ireland, and he asks Niko to be his business partner. Niko’s initial elation is quickly overshadowed by a dark secret that he’s reluctant to share, even with his close friend, involving a criminal past. To make matters worse, the pair find themselves involved in a murder after a confrontation turns deadly. Knowing their lives are at risk, they make plans to leave for Ireland, confident they’ll be safe at last. But little do they know that Liam O’Hare, the sinister captain of the infamous ship the Autumn Wind and Niko’s former boss, will stop at nothing to derail their plans. Shae describes the ruggedness of sea life in startling detail, and the sense of dread surrounding the activities aboard the titular boat heightens the sense of anxiety: “He did not speak of what went on aboard the ship; no one did, because the crew was made up of desperate men who were safer on the Autumn Wind than anywhere else.” There are a few side plots that add other intriguing elements, such as a budding romance between Regan and Loren Lombardi, an Italian crime reporter. Mistaken identities, revenge, and betrayal all have a part to play, and the exotic locales only add to the intoxicating atmosphere of intrigue. The contrast in characterization between Niko and Regan is strikingly complex, and their opposite personalities generate tension and exhilaration. Several other side characters keep things lively and amusing, and the addition of an organized crime element gives the story a satisfying edge.

A gratifying page-turner that’s perfect for a summer read.