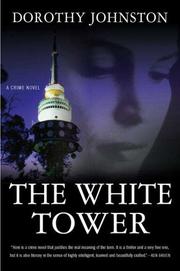 A suspicious Australian suicide is linked to an elaborate computer role-playing game—but how?

Distraught Moira Howley hires freelance Canberra computer consultant Sandra Mahoney to determine the motive behind the death of her teenaged son, Niall. A fanatical player of the online role-playing game Castle of Heroes, Niall jumped off a cliff to his death, after leaving on the screen of his home computer a picture nearly identical to his post-mortem photos. An obvious motive for the suicide is the fact that Ferdia, the character Niall played, was recently killed off by the “God” of the game, a secretive man named Sorley Fallon, who lives in far-off Ireland. But there is no lack of other possibilities. Niall’s girlfriend, Natalie, had recently broken up with him, and unusual glitches and shifty characters abound at the hospital where he worked. Sandra eventually comes to suspect that Niall was murdered. After she travels to Ireland to visit Fallon and another key Castles player, a slyly perky woman named Bridget, Sandra returns with more questions than answers. Meanwhile, she finds her domestic life with former office coworker Ivan (The Trojan Dog, 2005) a tough adjustment, made tougher by the intrusive jealousy of her ex.

Johnston offers a sharply drawn array of suspects and a satisfying murder puzzle.