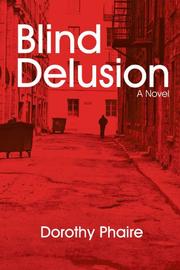 Dr. Renee Hayes, a middle-aged Washington, D.C., psychotherapist, struggles with a sputtering 14-year marriage, a recent bout of infidelity with a younger man and her dismissive husband's worrisome change in careers. It's nothing she, along with her therapist and anti-anxiety medication, can't handle. But battling childhood demons, an inattentive spouse, a false pregnancy and an imprisoned father threatens to derail her. Meanwhile, Brenda Johnson, a new mother at 28, also struggles with her man Jerome, a former drug abuser and womanizer who works for a delivery service but inexplicably fails to pass a random drug test and is fired. For her 45th birthday, Renee's husband Bill whisks her away to a lavish dinner party thrown by Clifton Corbin Shaw, a distinguished attorney with political aspirations. There, she is reunited with handsome, young Degas "Deek" Hamilton, the homicide police detective she'd had an affair with only months earlier. Although the indiscretion nearly ended her marriage, Renee agrees to see Deek again while Bill is out of town and learns that the swarthy detective is hot on the trail of James Mathias, a drug-dealing kingpin whom her unsuspecting best girlfriend Charis has begun dating. Jerome is seduced by the big money promised by those in the drug-trafficking business but gets caught up in the action and a hit is put out on him, risking the lives of both Brenda and their newborn, with whom the humanitarian hitman absconds. Several plot points effectively intersect as Renee's marriage dissolves, Clifton is discovered to be in cahoots with James, and Brenda must carry on after Jerome’s murder. Phaire knows well the nuances of temptation and commitment, and she carefully paces her characters' complicated lives and separate passions. Luckily, she steers clear of mawkishness and excessive melodrama.

An inspired, satisfying indulgence for both mystery and romance novel fans.