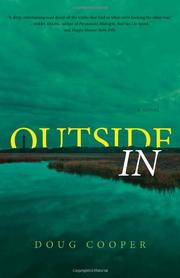 A disgraced teacher embarks on a bacchanalian journey to find himself.

On the surface, Brad Shepard’s life appears quite successful and fulfilling. He has a challenging, rewarding job teaching math to middle school kids; he also has his youth, a strong relationship with his parents and some caring friends. But when a tragedy befalls his classroom, Brad loses more than his job; he loses his sense of self. Rudderless for the first time in his life, he accepts an invitation to spend the summer in the Lake Erie island resort town of Put-in-Bay, Ohio. There, he quickly falls in with an eclectic cast of characters united by a singular desire to party. What follows is a booze- and drug-fueled odyssey during which Brad attempts to discover—or perhaps rediscover—his most authentic self. Although it’s tempting to read Brad’s angst as little more than bourgeois despair over a loss of respectability, Cooper’s earnest, often humorous prose keeps Brad’s quest light without sacrificing its poignancy. Still, readers may cringe at some of the more treacly passages; for example, after Brad repeatedly fails to convince others (and himself) that his time in Put-In-Bay is simply an opportunity to regroup, his realization coalesces a bit too neatly: “Maybe I had to become who I’m not to understand who I truly am.” His meandering summer near the site of the Battle of Lake Erie, which established the present-day borders of the United States and Canada, serves as a tidy background for his contentious but ultimately hopeful personal struggle. The stakes, like Brad, may be high, but they fail to galvanize a sense of anxiety in the text. Instead, readers are left with a lingering tedium, as the cycle of booze, drugs and sex repeats ad nauseam. A second tragedy serves to finally bring Brad back from the brink of despair, but for Brad, and readers, salvation arrives just in the nick of time.

A buoyant but overly earnest story of one man’s willingness to sacrifice everything in the name of self-discovery.