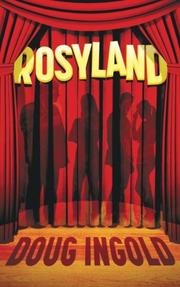 A Novel in Three Acts

Elisa Gilbert, a costume designer for a repertory company, abandons her life in Oregon and heads to her childhood home in San Francisco after she catches her actor husband and his leading lady in flagrante delicto. She moves in with her mother, Ruth Bolcar, a divorced alcoholic who’s proud of her daughter’s decision to leave. Lawrence “Pug” Bolcar, Elisa’s father, is a larger-than-life attorney who enjoys the ladies and a round of poker now and then, and he’s in financial trouble following a massive loss at cards. As Elisa attempts to sort her own life out, Pug tries to avoid paying his debt and becomes entangled in a series of events involving wiretaps, seemingly vengeful Colombians, and a drug-smuggling operation. Behind the scenes stands Harold Manx, a cop who’s never recovered from the loss of his daughter to a cult nearly 10 years ago. He blames Pug, who assisted her legally, for her estrangement and sets in motion a complicated scheme to embarrass and destroy him. Although Elisa has her hands full trying to take care of her mother and deal with a potential new love interest, she gets swept up in Pug’s troubles as well. Ingold’s book has all the makings of a film noir, with plenty of booze and cigarettes, but it has a neater (and happier) ending than most stories of that genre. Most of the characters show a layer of desperation; they’re all dealing with their own troubles while unknowingly caught in the same web. Ingold’s narrative is laid out like a movie or stage play, and its shifts from scene to scene are effortless. He maintains the easy flow of each character’s separate plotline until they all tie neatly together. Glimpses of everyday life, such as Harold and his wife doing dishes or Elisa standing alone on her balcony at night, provide welcome breaks from the complicated yet compelling sting operation involving Pug and Harold. The relationship between Elisa and her handsome new man is an enjoyable addition to the mystery.

A skillfully written novel with plenty of intrigue, plot twists, and romance.