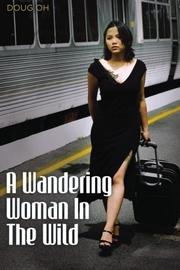 A Wandering Woman in the Wild

This short novel by first-time author Oh centers on Soon Hi Kim, a 13-year-old girl from a Korean farming village who escapes after being kidnapped and sent to a Japanese army base to be used as a “comfort girl” for World War II soldiers.

Independent of its plot, much of this book is written almost like an essay, explaining the origins of prostitution in the Japanese military and how the comfort girls were kidnapped and collected. There are also several frank descriptions of the soldiers’ brutality, both to each other and to their sex slaves. Then Soon, along with Sook, a friend and fellow comfort girl, paint themselves green, dodge spotlights, crawl under a fence and escape. Soon makes her way to a train headed back to her home, where she meets a Korean man named David, “a handsome boy of pre-marriage age” going to visit his parents in Seoul. They fall in love, and much of the rest of the book is devoted to the ins and outs of preparations for their wedding, while memories of her slavery linger over Soon and complicate her emotions. Unfortunately, the surprising, abrupt change in the plot doesn’t serve the story well. The same essaylike style continues, which works fine for the story’s first half but seems incongruous once the book turns into a romance. In the horrifying yet beautiful story, the characters are believably complex, but the prose falters from time to time. The sentences can be clunky and often confusing, making the otherwise solid story difficult to enjoy. Since the story lacks many discrete scenes, instead opting for general descriptions, it’s not consistently engaging or easy to follow.

A charming but unfocused book with great potential, though the writing doesn’t always rise to the occasion.