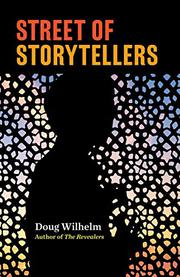 In this YA thriller, an American teenager in Peshawar faces an ethical conundrum when he’s recruited by jihadis to destroy his father’s project.

It’s December 1984, and Luke Sands, 15, is angry that because of his parents’ recent divorce, he has to spend Christmas vacation with his father in Peshawar, the capital city of Pakistan’s North-West Frontier Province. Professor Sands is so obsessed with writing a book about an ancient civilization in the Peshawar Valley that it broke apart his marriage, and Luke wants nothing to do with the project. Luke shuts down and refuses to go sightseeing, preferring to listen to Bob Marley on his Walkman. But when father and son reconnect with the Shaheens, a Pashtun family they’d known back home in Saratoga, New York, Luke is drawn to the rebelliousness of their son, Rasheed, or “Rashi,” and to the beauty and intelligence of Rashi’s younger sister, Danisha, “Dani.” Although Luke makes a rash promise to help carry out a fatwa against his father’s book, he also gains a new appreciation for Pakistan’s rich cultural past when he’s introduced to Pir Sahib, a wise Sufi teacher, and hears traditional music at the shrine of a Sufi poet. Meanwhile, Luke struggles with his feelings for Dani, because any interaction is forbidden in strict Pashtun culture. A dangerous culture clash brews that puts people, artifacts, and scholarship at risk. Wilhelm (Treasure Town, 2016, etc.), a prolific writer of middle school, YA, and Choose Your Own Adventure books, offers an absorbing, rich historical tale. The thriller educates readers about the mid-'80s forces that led up to 9/11, and Wilhelm also provides a useful historical afterword covering 1985 to the present day. An especially strong, moving, and well-described theme is the power of music to overcome barriers of many kinds while the book also honestly acknowledges limitations and challenges in fighting extremism. Luke is a believable character who makes mistakes but also redeems himself with courage and generosity.

An entertaining, thoughtful look at a complicated historical, religious, artistic, and cultural crossroads.