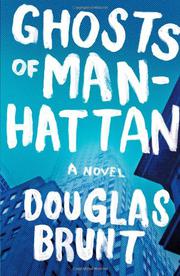 A bond trader living the high life at Bear Stearns starts to see the writing on the wall over the course of a single tumultuous winter.

With his noir-ish debut novel, former broker (and spouse of Fox News anchor Megyn Kelly) Brunt delves not just into the mechanics of the financial crash, but also the mindset that created the explosive state of affairs. Set at the end of 2005, the novel’s entry into the financial world comes via narrator Nick Farmer, a 35-year-old married bond trader. The guy, to put it mildly, is burnt. “There is one noble thing about crime,” he explains. “It is the only true meritocracy on the planet. No one in the crime industry cares whether you went to Harvard or dropped out of the fifth grade. They don’t look at resumes—you eat what you kill.” His life is a textbook case of arrested development, full of nightclubs, coke in bathroom stalls and banter with his crew over items like “stripper glitter.” It’s a trade where making millions just shows you’re incapable of multimillions. Despite his impending self-immolation, Nick steps up when a maladjusted but brilliant analyst asks him to back his report revealing the massive risks of the firm’s practices. He also comes to the rescue when his younger reports do a six-figure job on a hotel room one night, covering for kids who can pay the damages out of their last bonus. In the meantime, he starts a flirtation with Rebecca James, a CNBC reporter who’s digging into the dirty laundry, even as he physically threatens the guy he thinks is having sex with his wife.

A smart shot at the absurdity of Wall Street and the long fall that brought us all down.