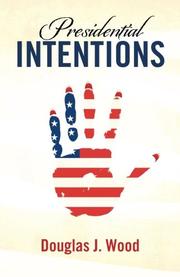 A promising young woman is undone by her political aspirations in Wood’s (Please Be Ad-Vised, 2013) latest novel.

The author returns with a potent tale about the corrupting influence of power and its tragic consequences for one family. The story follows Samantha Harrison as she gets an MBA and law degree, marries one of her former professors, distinguishes herself as a prosecutor and eventually runs for public office. When the story opens in 2016, she’s the Republican presidential candidate running against Hillary Clinton in what promises to be a historic election. Wood tells Harrison’s story using three methods: lengthy quotes from her campaign speeches that illustrate her worldview, italicized text that offers readers a glimpse into her thought processes (“Jesus, if the president of the United States can’t affect markets, who controls America: the people or the boardrooms?”), and the chronological story of her life. The author juggles these angles with impressive formal control, and they ultimately provide a deeper portrait of Harrison than a traditional narrative would. By contrasting her wishy-washy and sometimes-laughable political pronouncements with her consistently nasty and dismissive internal commentary, readers can see the candidate as someone who believes in nothing more than her own advancement. The overall story confirms this assessment: Harrison alienates her Washington-hating husband, becomes estranged from her resentful daughter, and contributes directly to her son’s death in a bizarre section which reads like a military thriller. Even as she and those around her claim to be disgusted by Washington’s hypocrisies and shallow machinations, she skips happily up the political ladder; apparently, she’s so deft at playing the political game that she runs essentially unchallenged until the presidential election. A late chance at redemption offers a glimmer of hope, but ultimately, it shows Harrison as a cynical master of petty calculation. Wood’s unflinching look at what it takes to get ahead in Washington is bleak but feels authentic. Readers may find themselves deflated by the novel’s cynical take on politics, but they may also find satisfaction in the way it eviscerates its deeply unlikable main character. Harrison never quite gets her just deserts, but by the end of the novel, it’s very clear how far she has fallen.

An engaging, essential novel for readers who feel disenfranchised by the political process.