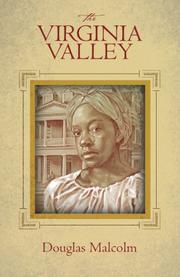 From the The Virginia Valley series, volume 1

After committing a crime against the aristocracy, an Irish blacksmith and his son are forced to become indentured servants in Virginia in Malcolm’s debut novel.

Born into a family of blacksmiths in Kilkenny, Ireland, in the mid-1800s, Aidan Smith is a strong, God-fearing man who cares for nothing more than his beloved wife, Louisa, and their young son, Jack. Shortly after Louisa becomes pregnant with their second child, three men accost her in the street. Aiden dashes to her aid and fights off her attackers, accidentally killing one of them. The recipient of the fatal blow happens to be a baron, so Aidan is arrested and faces the prospect of being sent to the gallows. His solicitor manages to lighten the sentence, so the Smith family is ordered to leave Ireland and become indentured servants in America. They set sail just before the dreaded potato blight, but typhus decimates the ship’s passengers and the pregnant Louisa dies. Aidan and Jack land in Philadelphia and the vindictive Mr. Snead, representative of Virginia landowner William Cauley, purchases their labor. The father and son are relieved when they arrive at the plantation to find that the owner and his wife treat their workers with respect and care. The Smiths set about making new lives for themselves and bond with black workers who have come from much harsher working conditions on other plantations. Still, Sneed’s menace is ever-present, and when escaped slaves start to arrive at night, trouble beckons. Overall, this is a story told with warmth and honesty. Malcolm sensitively and convincingly charts the troubles, needs, and triumphs of a father and son coming to terms with tragedy, while also struggling to gain a foothold in the unforgiving New World. The author’s synthesis of the Irish brogue, however, is gratingly unnatural and inconsistent: “God willin’, I believe I have it in me power ta grant ye that wish.” Furthermore, the fluid nature of the story’s interracial relations appears somewhat odd given the era, although progressive thinkers did exist. These are minor grumbles, though, and readers will find that they don’t detract too much from the compelling plot.

An often refreshing look into the forgotten plight of Irish indentured workers.